Can Yoga Work Instead Of Medications As A Treatment For Depression 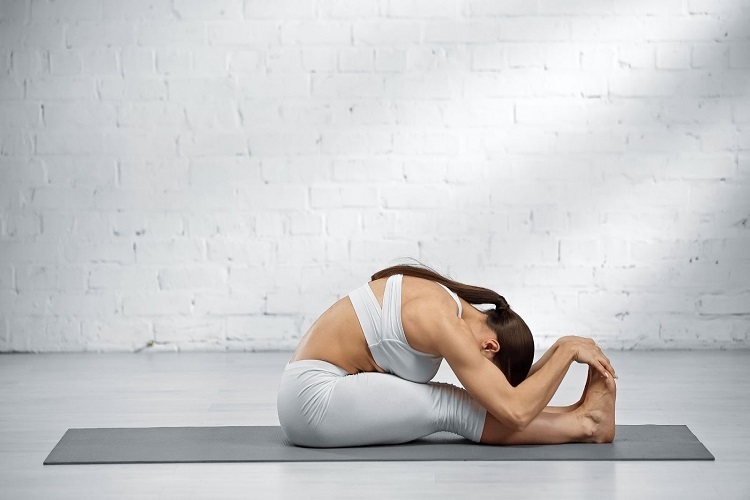 When you’re battling depression, you don’t want to do much most days. Every person’s case of depression is unique, with many different causes leading to it, yet most sufferers have similarities once they are depressed.

Their daily existence is marred by many symptoms, ranging from loneliness to low self-esteem. Depressed people are not depressed every day, but their energy is low enough that they might not want to get up and go to Yoga class most days, and yet, that might be just what they need.

While sufferers of depression feel alone and even abandoned, they are far from it. Research and statistics document that forms of depression-treating medications are offered to more than 20 million citizens every year. Keep in mind, that number refers to those who are provided medication!

According to Sherry Harris, the founder of Sherry L. Harris, “For all the good that anti-depression drugs can do, many discontinue their use prematurely, and others avoid them altogether.” Why? Many fear the side effects. Harris continues, “These medications can prove useful for a time in treating depression, but they also are known to cause fatigue, nausea, insomnia, and even several sexual dysfunctions.”

Depressed individuals wind up feeling like they’re just swapping or rearranging their problems, concluding that the medications are simply a waste of time.

Fortunately, as is the case in most human ailments that aren’t in near-fatal stages, there is more than one way to treat conditions. Yoga is proving to be a powerful form of alternative medicine used to treat depression without medications, or in some cases, used in conjunction with them.

You might be wondering at this point how exactly that works.

First and foremost, Yoga’s gentle poses and movements increase the volumes of relaxing Alpha waves and Theta waves governing dreams, emotions, and unconscious memories. This isn’t speculation, but documented findings from a Scandinavian study headed by Eric Hoffman, Ph. D. He measured the brain waves of participants both before and following a two-hour class of Yoga.

Consequently, you wind up having better contact with your emotions and subconscious. On top of that, the Alpha waves increase in particular in the brain’s right temporal region. Previous research has demonstrated that depressed individuals exhibit increased Alpha activity in their left frontal, temporal region. On the other hand, increased Alpha activity on the right is more common among extroverts and optimists.

Furthermore, the execution of a physical Yoga practice brings about a notable reduction in the cortisol hormone while enabling more production and release of the hormone prolactin. Many experts believe this to be crucial to the anti-depressant effect provided by electroshock therapy.

Does all this sound rather sophisticated?

A more straightforward explanation is that Yoga stimulates the motor centers in the brain, taking blood and attention away from the center for emotional activity. As a result, the practitioner feels better and is more likely to be receptive to positive thoughts and even choose them. That’s basically how Yoga exercises can help combat depression.

Even though numerous Yoga poses can accomplish this, three broad categories prove to be more productive. Also, these are accessible to most students, as modifications make these poses possible in many skill and ability levels.

There is not one specific posture but a sequence of postures involving fluid yet straightforward movements. The transitions between the poses balance and stimulate all the body systems, including the nervous and endocrine systems that have tremendous power over the emotions and feelings of a person.

They also involve conscious and deep breathing, which healers have known for a long time can help someone find relief from their stress. Many Yoga teachers and classes use Sun Salutations as warm-ups at the beginning of class, but some faster-paced courses keep repeating them repeatedly.

Watching a YouTube video or DVD at home and following it a few times can help a student become familiar with:

All of this can be done in the privacy and comfort of their own home before attending studio classes. However, most studios have qualities that are welcoming and open to beginners.

The very name of this inspires feelings of dread and fear in even those who aren’t depressed. However, the pose is also quite simple to execute with the proper instruction and safety considerations.

Don’t get caught up on the shoulder stand in particular. The anti-depressant genius behind this pose is the fact that it’s a physical inversion. When the world is turned upside down, it sheds new light on old patterns of thought and behavior.

Other inversion poses and partial inversions are also possible for those not yet ready for a full shoulder stand. Modifications abound mainly using teacher assists or a wall. Remember to include counter-poses and to get up slowly to prevent blood rushing from your head too quickly.

In Sanskrit, known as ‘savasana,’ which roughly translates as corpse pose. You lay flat on your mat, feet slightly pointing apart, and your arms and hands splayed open to the sky, much like a dead body.

The morbid nature of all this might turn off some depression sufferers, although some might also find dark humor in it. It does not represent physical death, though, it is supposed to represent the end of your practice. Hence, the reason it used for the last pose in many classes. If the Yoga class went right, your body is ready to lay in peace for a few moments, and your mind is also at peace, even if briefly.

For all the benefits that the physical poses of Yoga or asanas can provide in treating depression, it alone is not enough. The physical exercises many Westerners know as Yoga are only a part of the broader discipline.

Proper diet, meditation, and pranayama, or breathing exercises, are integral components of the discipline. All are necessary for the treatment of depression if Yoga is to prove useful.

It might sound almost spiritual, but it’s not religious. While Yoga has a longstanding connection to the Hindu faith, and by extension, other dharmic paths, anyone of any religion or creed can practice. The act of meditation can connect you to the higher power you believe in, or just yourself if you believe in none.

If depression sends you to a doctor in the future, don’t brush off the medicine suggestion. They can be useful, although you need to ask about the side effects too. However, don’t assume that prescription pills are your only way out.

You deserve to be free of depression, which means considering all healthy options available to you, and Yoga might be healthier than medications.

The Perfect Tantric Massage Options As Per the Choices

3 Best Things To Eat After Working Out

Bethany Pollock is a full-time blogger. his vision is to share health news and information with people.